The University of Melbourne Student Union (UMSU) passed an historic motion on August 15, 2022 in solidarity with Palestinians and in support of BDS.

BDS Australia believes this is a major turning point for BDS activism in Australian tertiary institutions and congratulates the UMSU for their ethical stance and for their strength standing strong against threats of lawfare.

Motion on BDS and Solidarity follows this preamble from UMSU

On Monday 15 August 2022, a motion relating to actions in support of Palestine was moved by a student at the University of Melbourne Student Union (UMSU) Students’ Council. This motion was considered following the same process as all valid motions put to Students’ Council.

The motion was debated publicly and passed 16 votes to three with one abstention. The resultant policy has been incorporated into UMSU’s Stance Booklet which can also be accessed on our website.

UMSU considers that the motion is robust, was supported by appropriate consultation and was passed with due diligence by Students’ Council.

UMSU and its predecessor organisations, has maintained a 130-year tradition of students standing up for human rights issues, including those relating to international affairs. This is consistent with the purpose, mission and values of UMSU.

UMSU continues to encourage respectful debate of international affairs on campus and deplores and denounces bigotry and hate speech in all its forms. Following research, consultation and engagement, UMSU does not believe that supporting the Palestinian cause and the Boycott, Divestment, Sanctions (BDS) movement is anti-Semitic. This is a position that is shared by many organisations and commentators around the world, including the United Nations, Amnesty International, Human Rights Watch, and Israeli human rights group B’Tselem.

Our highest priority, as always, is to ensure the safety and wellbeing of all students.  UMSU has a diverse student body and Students’ Council regularly considers motions on issues about which people feel passionately – as always UMSU encourages all students/stakeholders to engage with each other respectfully.

Students have been key participants in the fight against the illegal colonization and occupation of Palestine by protesting, organizing, and educating fellow students. Student unions and associations across the world continue to formally endorse BDS. As one of the biggest universities in Australia, the University of Melbourne’s monetary and academic connections to the State of Israel have helped legitimize the narrative created by the state of Israel. Thus, the University of Melbourne’s Student Union must take a clear and firm stance to communicate both to the university and the world that the apartheid and oppression of Palestinians will not be ignored, upheld, or accepted by the university’s student body.

1. UMSU stands against the Israeli occupation of Palestine and condemns the ongoing ethnic cleansing of Palestinians

2. UMSU supports the self-determination of the Palestinian people and their right to engage in self-defence against their occupiers

3. UMSU deems the use of Zionism to justify the illegal occupation of Palestine as racist and colonial

4. UMSU recognises that Israel is an apartheid state in accordance with prominent human rights organisations like Amnesty International, B’Tselem, and Humans Rights Watch.

5. UMSU condemns the Australian government’s support for Israel and its ongoing crimes including occupation, settlement, expansion, and ethnic cleansing.

6. UMSU condemns any and all forms of antisemitism

7. UMSU recognises that Israel’s actions are not representative of the Jewish community. Similarly, Israel’s crimes are its responsibility alone and not that of Jewish people worldwide.

1. UMSU supports the academic boycott movement of Israeli institutions in accordance with the PACBI guidelines: PACBI Guidelines for the International Academic Boycott of Israel | BDS Movement

2. UMSU calls on the university to participate in an academic boycott and cut ties with Israeli institutions, researchers, and academics to be in harmony with the Palestinian call for boycott, as a contribution towards upholding international law and furthering the struggle for freedom, justice and equality

1. UMSU calls on the university to divest from corporations complicit in and profit from the Israel apartheid and that operate on illegally occupied Palestinian land.

2. Direct the CEO to update the UMSU ethical register and boycott companies that support and profit from the Israeli apartheid in line with the global BDS guidelines.

3. To direct the President and POC Officers to write and publish a joint statement announcing UMSU’s decision to adopt BDS and its support for Palestinian rights to be published on all UMSU socials.

4. To direct the General Secretary to update the UMSU stance booklet to reflect this policy and subsequent vote on it.

5. To direct the President and POC officers to send a joint letter of support to the Australian Centre for International Justice affirming UMSU’s support for Palestine on behalf of UMSU. 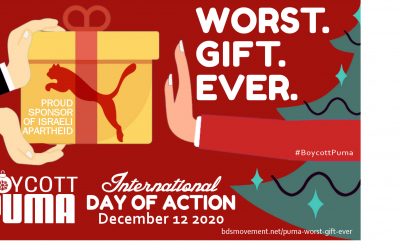