Supporters of Palestinians’ equal human rights will be loudly telling SBS board and management how disappointed they are that Eurovision 2019 – happening in apartheid Israel in 3 weeks’ time – is being treated as business as usual by the broadcaster, despite a global call for a boycott from Palestinian artists that is supported by thousands of Australians and prominent musicians and artists, including L-FRESH The Lion (former SBS Eurovision judge), Nick Seymour (Crowded House), Blak Douglas (contemporary indigenous artist), Candy Bowers (artist/creator), Miriam Margoyles (actor) and Colin Friels (actor).

Benjamin Netanyahu is now heading towards his fifth term as Israel’s Prime Minister, built on a coalition of far right and extremist politicians.

In what has proven a winning strategy, Netanyahu’s last minute pre-election statements promising to annex illegal Israeli settlements in the West Bank and thus prevent any possibility of a separate, viable Palestinian state, have garnered him the support he needed.

“This outcome means that Israel will continue to become a more extreme apartheid state than it is now,” says Hilmi Dabbagh, Convenor of BDS Australia.

“All the cards in this game are stacked in Israel’s favour. Not only has Netanyahu won again, he has Trump’s backing in every way to claim Jerusalem, the Golan Heights and now even the illegal Israeli settlements in the West Bank.

“Israeli Likud Party politicians have long maintained that all of greater Palestine would become Israeli territory and there would never be a Palestinian state west of the Jordan River. It’s in Likud’s charter. This has been downplayed, but is no secret, and shows that the diplomatic world has turned a blind-eye, maintaining a pretence to permit this very outcome of formally annexing the West Bank. Netanyahu’s election promise means they no longer feel the need to mask their contempt for a Palestinian state. Clearly now there’s no plan or even rhetoric for any kind of two-state solution on the part of Israel.

“We in BDS Australia know the only way out of this dreadful situation is for the international community – as it did in South Africa a generation ago – to institute boycotts, divestment and sanctions (BDS) against Israel and the international companies and organisations which support this regime.

“International support for BDS against Israel was called for by a huge coalition of Palestinian civil society organisations in 2006. We in BDS Australia are part of the international BDS movement guided by Palestinians’ calls for peaceful, non-violent action to force Israel to abide by international law and to respect human rights.

“Netanyahu’s election win simply means we in BDS Australia, with our global counterparts, will institute BDS campaigns against Israeli apartheid all the more vigorously.”

Australian artists are calling on SBS, Sony Music Australia, and all ten contestants in Saturday’s ‘Australia Decides’ Eurovision Song Contest event to hear the voices of Palestinians, including Palestinian musicians, who are calling for a boycott of Eurovision 2019 in Tel Aviv in Israel.

“Israel’s 50 year brutal occupation of East Jerusalem and the West Bank, its 11-year illegal blockade and bombings of the two million people trapped in Gaza, its refusal to allow Palestinian refugees to return home, along with the 65 laws that discriminate against the Palestinian minority in Israel make it astonishing that Eurovision should be used to normalise and promote Israel, and that SBS and Australian musicians are playing along without comment,” says BDS Australia campaign spokesperson and Brisbane musician Phil Monsour.

“International boycotts, divestment and sanctions (BDS) played an important role in helping end apartheid in South Africa and the same will be true of ending apartheid in Palestine/Israel,” says Monsour.

A protest action in support of the boycott has been called by Justice for Palestine Brisbane and BDS Australia outside the Gold Coast Convention Centre from 3:30 PM AEST this Saturday 9 February.

“I stand with the people of Palestine. As an artist and musician, I don’t see how Eurovision can achieve its goal of bringing the world together through music by having its 2019 competition in Israel, while Israel continues to violently occupy Palestine. In respecting Palestinian’s call for a cultural boycott of Israel, I encourage my peers to do the same. We all have a part to play. We cannot remain silent or be complicit in the suffering of Palestinian people.”
– L-FRESH The LION, hip hop artist and 2018 SBS Eurovision judge

Actor Colin Friels remarks, ”Given the siege of Gaza and the slaughter of Palestinians, the televising of the Eurovision Song Contest must not be allowed to ‘artwash’ Israeli brutalities. I strongly support the boycott of this event and urge others to do the same.”

Writer, actor and multidisciplinary artist Candy Bowers says, “Palestinian artists and musicians are asking for our solidarity, recognising our own relative privilege, to join the boycott of Israel until they win justice and equality. Israeli policy has been about erasing Palestinian culture and ignoring Palestinian voices. I hear their voices and urge others artists in Australia to hear them too. Art and entertainment should never ignore human rights.”

“Eurovision in Israel seems like a typical colonial diversionary tactic: play loud so that no one hears the gurgling of those being slain.” – contemporary Aboriginal artist Blak Douglas

Australian artists are at the top of the list of more than 140 international artists who are calling for a boycott of Eurovision 2019 if it goes ahead in Israel next May. The letter was published on Friday: https://www.theguardian.com/tv-and-radio/2018/sep/07/boycott-eurovision-song-contest-hosted-by-israel

Inspired by conscientious artists who shunned Sun City in apartheid South Africa in the 1980s, Palestinian artists and cultural organisations have called for nonviolent pressure in the form of boycotts on Israel until it complies with its obligations under international law.

“Israel’s long record of ongoing discrimination and its decades long breaches of international law and human rights means it’s entirely inappropriate for next year’s song contest to go ahead in Israel,” said Samah Sabawi, award-winning Australian playwright and spokesperson for the Australian campaign to boycott Eurovision 2019.

“Palestinian artists are calling on musicians and other artists to do the right thing and put human rights ahead of fame, royalties or advertising dollars,” Ms Sabawi said. “More than 130 civilian protesters were just shot dead by Israeli snipers earlier this year in Gaza. How can the world ignore this ongoing lawlessness for a song contest?”

By entrenching its occupation of Palestinian land and adopting the Jewish Nation-State Law, Israel has declared itself an apartheid state. Palestinian citizens inside Israel are now denied equal rights, millions of refugees and their descendants are not permitted to return, and Palestinians under Israeli occupation in Gaza and the West Bank continue to be subjected to measures that violate their basic human rights. These include siege, bombardment, house demolition and arbitrary detentions. By holding Eurovision 2019 in Israel, international broadcasters and artists will be complicit in whitewashing these violations.

“We urge SBS not to participate or broadcast Eurovision 2019 if it is in Israel. We love SBS and we love Eurovision, but surely human rights are more valuable than a song contest? Surely international law is more important than advertising dollars?” she said.

BDS Australia has launched an online petition calling on SBS not to participate in Eurovision 2019.

The petition is at https://bdsaustralia.good.do/boycotteurovision2019/petition-SBS/

*Statement from L-FRESH The LION:

“I stand with the people of Palestine. As an artist and musician, I don’t see how Eurovision can achieve its goal of bringing the world together through music by having its 2019 competition in Israel, while Israel continues to violently occupy Palestine. In respecting Palestinian’s call for a cultural boycott of Israel, I encourage my peers to do the same. We all have a part to play. We cannot remain silent or be complicit in the suffering of Palestinian people.” 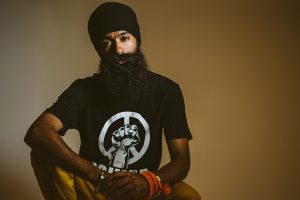 BDS Australia*  welcomes the Argentinian football team’s decision to cancel its match with Israel ahead of the World Cup.

“BDS Australia commends the Argentinian football team for showing such solidarity with the Palestinian people.

“This decision reinforces the positive impact ethical sporting decisions have on human rights and the growing impact of the Boycott, Divestment and Sanctions (BDS).

“Apartheid is not entertainment and no match with Israel can be ‘friendly’. When Palestinian civilians protesting peacefully are gunned down, including journalists, paramedics and children, such a decision is powerful, ethical and necessary.

“Major sporting and cultural boycotts, including that of the World Cup, cricket and rugby union, were a turning point in history and an effective tool that helped undermine Apartheid in South Africa.

“We call on Australians including all sporting teams and individuals – as well as musicians, artists, academics and investors – to follow suit and take a stand for human rights and justice for Palestinians by joining the BDS campaign.”