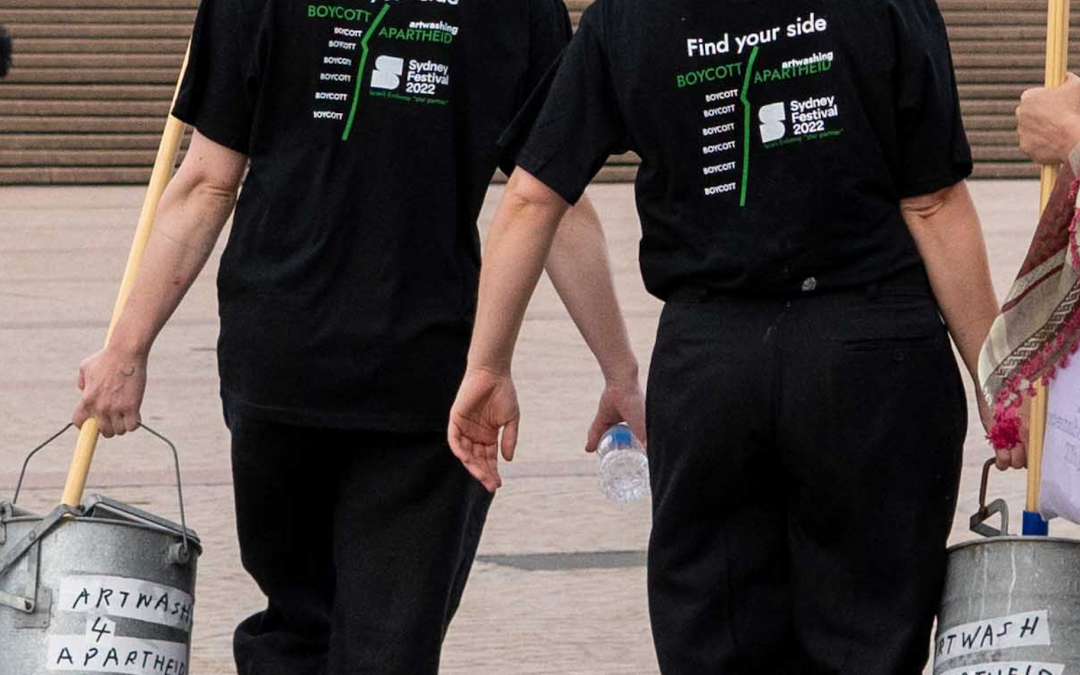 Tell Sydney Festival 2022 not to take money from apartheid Israel

BDSA meeting with Chair and Executive Director of Sydney Festival

We presented information on the grave human rights violations and ongoing breaches of international law by Israel in relation to Palestinians and gave an overview of BDS and the PACBI (cultural and academic) guidelines.

We called on the Festival to review its sponsorship deal with Israel and to take a public and ethical stand in support of Palestinian rights.

In response, the Festival representatives explained that as a result of the concerns which had been raised with them not only from BDSA but also other Palestinian advocacy organisations and artists, they were seriously re-evaluating their processes for seeking sponsorships for festival performances . They expressed concern that this issue had caused a number of artists contracted to perform at this Festival, to threaten to withdraw from and boycott the 2022 Festival.

We asked that they use the human rights framework of the UN Global Compact when re-evaluating their processes. We also explained that BDS was not antisemitic.