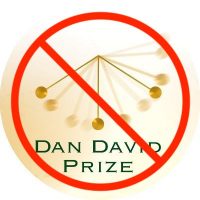 BDS Australia calls on UNSW Laureate Professor Alison Bashford to support Palestinians in their struggle against apartheid by rejecting the Dan David Prize.

The 2021 prize, which is administered by Tel Aviv University, rewards contributions to the understanding of public health. Yet Israel is currently obstructing the delivery of Covid vaccines to Palestinians, and its illegal military occupation of the West Bank and blockade of the Gaza Strip, which Tel Aviv University facilitates, have systematically attacked Palestinians’ public health for decades.

State-based efforts to bring about justice for Palestinians have comprehensively failed. In response, Palestinians are calling on people of good will to boycott organisations that profit from, contribute to, or normalize Israel’s repression of them. Academics from all over the world have met the call with strong support. As one example only, Prof. Catherine Hall of University College London declined to accept the same Dan David Prize in 2018 after extensive discussion about the politics of Israel-Palestine.

In suggesting that Israel is committed to advances in public health, the Dan David prize obscures the severe rolling health crisis in the occupied territories, and ignores the fact that Israel robs countless Palestinians of their right to health, well-being and ordinary prospects of flourishing. In its structural ties to Israel’s military and political architecture, including fee waivers and scholarships for Israeli soldiers and its complicity with the stockpiling of the bodies of dead Palestinians, Tel Aviv University, the prize administrator, directly facilitates the violence of Israel’s apartheid policies.

Millions of Palestinians are subjected to Israel’s slow ethnic-cleansing regime, which dispossesses, arbitrarily imprisons, maims and kills them in large numbers. To them, a high-profile prize from the heart of the Israeli political and academic establishment can only appear a cruel joke.

Professor Bashford, accepting the prize contributes to misleading the public about Israel’s violence and racism towards Palestinians, and legitimizes institutions at the centre of Israel’s apartheid policies. We therefore ask you to put into practice your declared commitments to public health and antiracism, and respect Palestinians’ call for solidarity by boycotting the Dan David prize. You surely would not have been an apologist for South Africa’s apartheid; we ask you to refuse to be one for Israel’s apartheid and brutal military occupation and blockade of Palestinians. 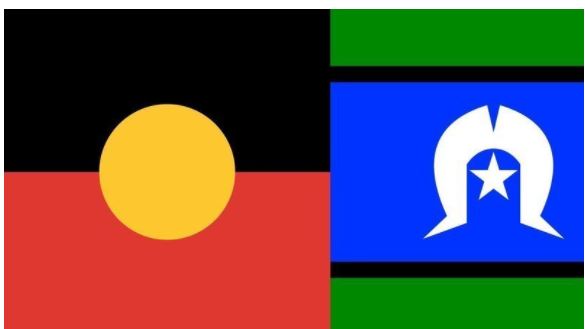 Since 1788, First Nations people have been the objects of relentless colonial violence, first from the British and then from the Australian state. Today, rates of incarceration and child removal show that violence against Aboriginal people is still a blight on our society – a shameful reflection of the ongoing racism that characterises Australian politics, for which we all must be held to account.

As supporters of justice for Palestine, we understand all too well how colonialism crushes nations. The devastation it brings is measured in deaths, dispossession, arbitrary imprisonment, stunted opportunities and broken lives – the merciless oppression of entire peoples. In our struggle for the decolonisation of Palestine and our opposition to Israeli apartheid, we have much to learn from the inspiring activism of First Nations peoples over many decades.

Whether in Australia or in Palestine, there can be no compromise on basic rights. We reject any attempts to prevent Invasion Day rallies from going ahead. We call for an end to the scourge of colonialism, and for justice for Aboriginal and Torres Strait Islander people now. Our struggle for Palestine is rooted in a commitment to universal rights and international law.

Nothing is more urgent than reversing and compensating for the historic injustices to which colonised peoples have been subject, whether here or overseas. As the struggle for First Nations rights continues, we stand shoulder to shoulder with our Aboriginal and Torres Strait Islander friends. 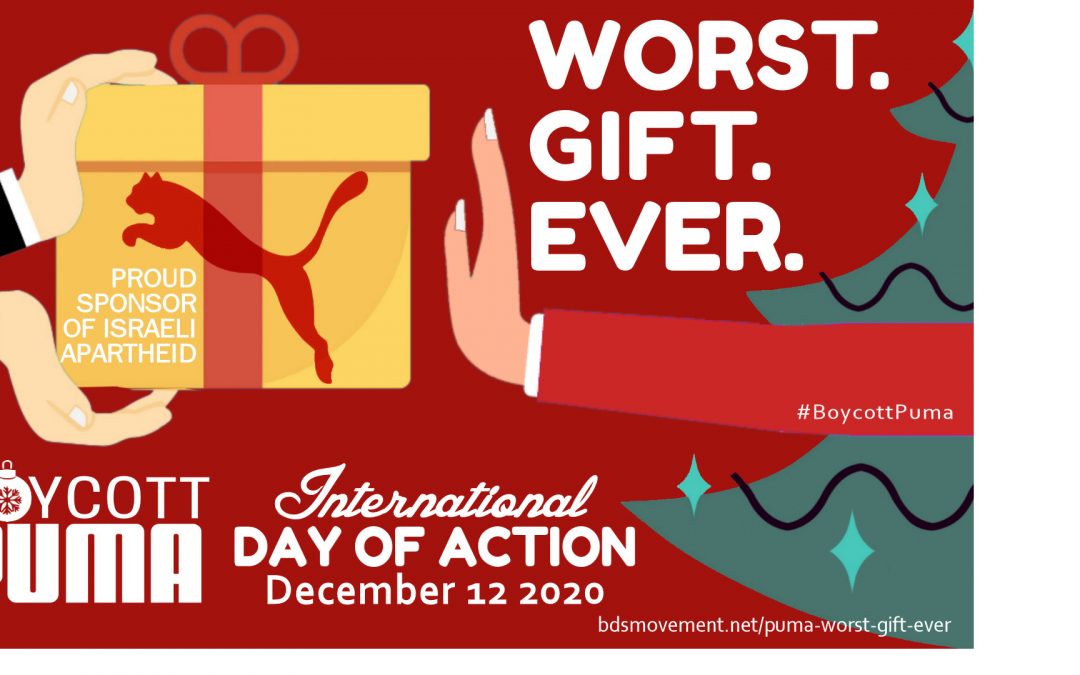 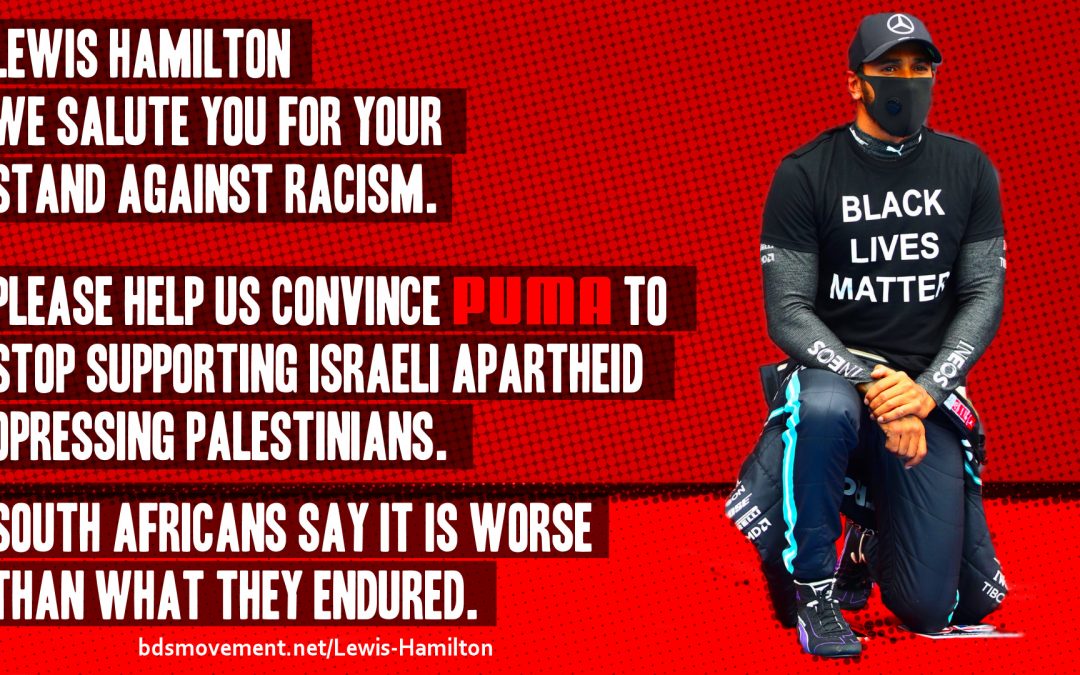 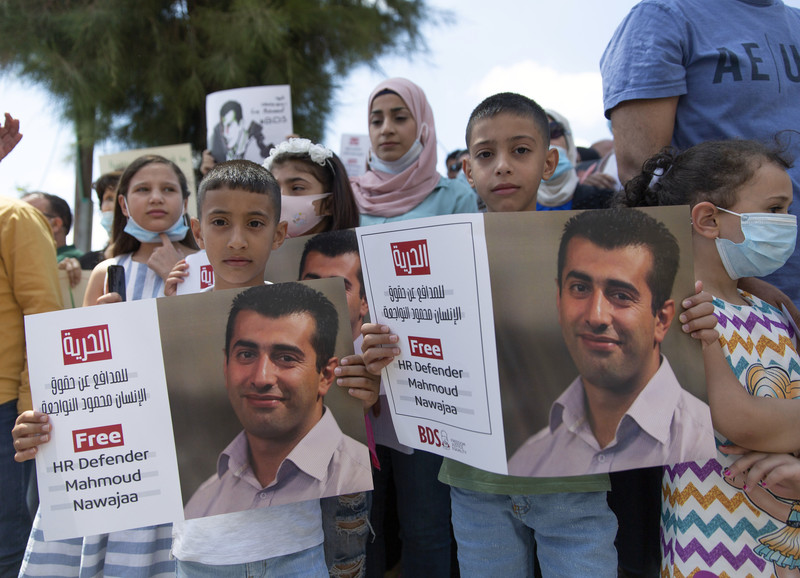 August 17, 2020 – Palestinian human rights defender and BDS coordinator Mahmoud Nawajaa was released by an Israeli military court, after 19 days of illegal detention without charges. Since his arrest on July 30, the Israeli internal security Shin Bet has failed to present any formal charges against him.

Nawajaa praised his supporters after his release: “Pressure works. Sustained global pressure works even better. I am deeply grateful to all of those who pressured apartheid Israel to release me. From Europe and the Arab world, to Southern Africa, Latin America, North America and Asia, your solidarity gave me strength and kept alive my hope to be reunified with my loving family and my inspiring wider BDS family.” He also thanked Palestinian and human rights organizations. (bdsmovement.net, Aug. 17)

July 30, 2020 – In Ramallah and Gaza, more than 150 representatives of Palestinian trade unions, women’s associations, political parties and BDS supporters rallied Tuesday in front of the representative offices of Germany, which currently holds the EU presidency, to demand EU pressure on Israel to set Mahmoud Nawajaa free.

Nawajaa, the General Coordinator of the Palestinian National BDS Committee, was arrested by Israeli soldiers in the middle of the night from his home in the central occupied West Bank district of Ramallah on July 30th.

The decision to extend his detention was made in an Israeli military court in Jenin on August 2nd, upon request from Israel’s internal security agency, the Shin Bet.

According to the BDS movement, the Shin Bet declined to present any charges or evidence that they have against Nawajaa with him or his lawyer — a common practice used by Israeli officials who routinely cite unnamed “security reasons” to justify the detention of Palestinian political activists.

“We are rallying here to demand that the EU end its complicity of silence and apply concrete pressure on Israel to release Mahmoud Nawajaa and respect the rights of Palestinian human rights defenders. Israel is bowing to our pressure, so we must intensify it to #FreeMahmoud.

“Being Israel’s largest trade partner, and given its decades of complicity in enabling Israel’s regime of occupation, settler-colonialism and apartheid, the EU has legal and moral obligations to act to end Israel’s war crimes and crimes against humanity.”

2. Tell the UN it must act to defend Palestinian human rights defenders. Period.

In their call for Israel to “immediately and unconditionally release Mahmoud, Amnesty International said:

Advocating for boycotts, divestment and sanctions is a form of non-violent advocacy and of free expression that must be protected. Advocates of boycotts should be allowed to express their views freely and take forward their campaigns without harassment, threats of prosecution or criminalization.