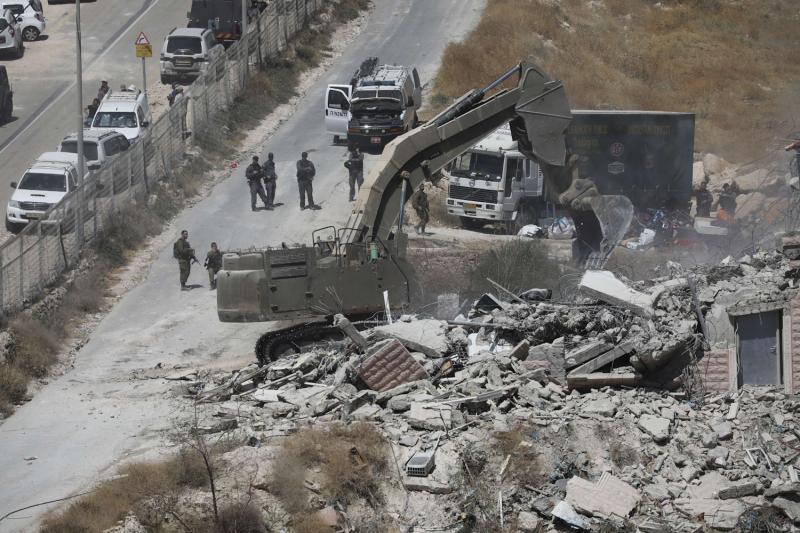 RE:  UTS partnership with Technion University

We write to express our concern at the University of Technology’s partnership with the Israeli Technion University. We are appalled at your decision to yet again,[1] partner with Technion Institute of Technology, to host the webinar “Exploring the Dark Web – Cybercrime and Cyber Security in the Digital Age” on the 27 May. Technion directly contributes to what has been described as Israel’s military-security-surveillance complex, which includes systematic digital and cyber oppression.[2]

Technion has played an active developmental role in Israel’s military-security-surveillance complex. An example is the remote-controlled Caterpillar DR: a gigantic, armoured bulldozer used to demolish Palestinian homes.[3] Technion also operates in a symbiotic relation with Israeli weapons manufacturers, such as Elbit and Rafael, accepting their grants, while dedicating research & education to developing tools of colonial warfare, such as drone systems used for surveillance, intimidation, and murder of Palestinians (and Lebanese). These technologies are sold to many governments who also use them in the oppression of their people. See below for more information about Technion’s involvement in the violation of Palestinian rights.

All around the world, including here, boycott, divestment and sanctions (BDS) campaigns have successfully exposed the collaboration and crimes of Elbit and Rafael, and Technion has also been the subject of similar protest campaigns[4].

After completing webinar registration for this forthcoming event, participants receive an email containing statements from the heads of Technion and Technion Australia, claiming a commitment to diversity while “Israel is under attack.” Palestinians are never named but referred to as “those nearby” or “Arabs:” divided into categories of religion, consistent with the sectarian and apartheid policies of the state. In practice, Technion provides special educational benefits for students who serve in the Israeli army, which overwhelmingly privileges Jewish students.

These types of partnerships, even if they build careers, budgets, and scientific discoveries, are in fact a danger to the very heart of what education should be and violate UTS’s professed commitment to social justice. They transform the university into an ally of power and hegemony,[5] where the colonised and poor serve as “laboratory” for immoral profit making.

Along with the various other links that UTS maintains with Technion, these partnerships implicate UTS in violations of international law, including the apartheid practices of military occupation, annexation of land and resources, and theft of homes across Gaza, West Bank and East Jerusalem.

We stand with Palestinians in their historic and dignified uprising. As they forge histories, educators must cease to make alliances with those who oppress them.

We demand, unequivocally, that UTS cancel its involvement in the webinar and cease to partner, promote, or contribute to any institution or event involved in Israel’s ongoing violations of international law, and crimes against the Palestinian people.

Association of Academics for the Respect of International Law in Palestine. (September 2014). Petition to oppose the agreement between the École Polytechnique and the Technion. Palestinian Campaign for the Academic and Cultural Boycott of Israel.
Extracts:

…For a number of years, the Technion has practiced discrimination against the Palestinian citizens of Israel while, at the same time, supporting the Israeli Army (1); it has enrolled its know-how in the service of the Israeli military-industrial complex (2). In doing so, it has become an important part of the Israeli system of occupation of the Palestinian territories and of its long train of illegal acts there (disproportionate use of force, colonization, expropriations, destruction of houses, expulsions, arbitrary arrests, assassinations, etc.)

1. The Technion, like a number of Israeli universities, maintains a discriminatory policy with respect to Palestinian students citizens of Israel. These constitute nearly 20% of the student-age population in Israel but only 5% of those pursuing a Masters and 3% of those studying for a Ph.D. At the same time, the Technion is the Israeli university which has the highest proportion of students and professors coming from the military, former military and reservists. Those students who are serving in the military or in the reserves benefit from advantages aimed at facilitating their academic career; the Technion even proposes special training in mechanics for officers in the Israeli army.

The freedom of expression and to demonstrate of Palestinian students citizens of Israel is limited: those who demonstrate peacefully their disapproval of Israeli policies on campus are sometimes arrested. They are not authorized to form student associations or to organize events on campus which criticize Israeli policy towards Palestinians. On the other hand, associations favourable to Zionism and demonstrations in favour of the Israeli army are authorized on campus.

2. The Technion maintains solid research relations with companies in the Israeli military-industrial sector. For decades it has contributed towards the development of technologies used in the armament and systems of armament used against the Palestinians in the Occupied Territories. In recent years, the Technion’s students and researchers have participated in work on the creation of an armoured, remote-controlled bulldozer (IDF Caterpillar D9) which has been used to destroy the homes of the Palestinian civil population (25,000 houses destroyed since 1967). They have also participated in the development of drones, conceived, and used for military purposes in the Palestinian Occupied Territories.

Technion has close links with the computer science and telecommunications corporations: Verint, NICE Systems, Amdocs, Check Point and Comverse, which furnish the Israeli army with surveillance and monitoring programs aimed at the Palestinian population; but also programs used to assist airplanes and drones in the course of military operations.

Similarly, in 2008, Elbit Systems created within the Technion a joint research center for electron optics. Elbit Systems recruits an important part of its managers and engineers from the Technion. Its CEO has even declared that the relationship that exists between his company and the Technion played an essential role in guaranteeing the success of Elbit Systems in the competitive and globalized world of armament manufacturers.

Elbit Systems produces not only drones but also a whole series of arms and munitions (for artillery, armored units and aircraft) used by the Israeli army in its military operations in Gaza and the West bank, during which numerous unpunished war crimes have been committed. Moreover, Elbit Systems provides and maintains surveillance and spying material for the Israeli army along the Wall of Separation and around a number of Israeli colonies in the West bank and East Jerusalem. In 2004, the International Court of Justice declared the Wall, like the colonies, contrary to international law; as in apartheid, they give rise to discriminatory measures against Palestinians. A certain number of European pension funds and banks have withdrawn their participation in Elbit Systems because of its implication in violations of international law.

3. Through its close and long-standing links to the Israeli military-industrial complex, the Technion has contributed to the elaboration and implementation of armament and systems of armament. Now all this has been and is still being used by the Israeli army in the Gaza Strip, subject to a blockade that is illegal under international law and to intense bombings and incursions of the Israeli army, such as:

These armaments and armament systems have been and still are being implemented by the Israeli army in the West Bank—subject to an active policy of colonization, illegal under international law, just as are the numerous repressive measures taken against the Palestinian population—not to mention their use during the murderous 2006 war in South Lebanon of unhappy memory with its bombings of the village of Cana which caused the death of 28 civilians, including women and children.

Now international law considers that the supplying of arms and material to the perpetrator of a war crime amounts to aiding and abetting the criminal act and thus incurring criminal responsibility of the supplier as an accomplice (Art. 25, §3 and §30 of the Statutes of the International Criminal Court: Special Tribunal for Sierra Leone, Judgements of 16 March 2006, §40, and of 26 April 2012, §149).

It follows that a strong presumption of complicity in war crimes falls on Israeli arms corporations but equally on Israeli universities and laboratories such as the Technion. This presumption may indeed concern French professors, researchers and students having participated in scientific programs which facilitate the development or the use of armaments and armament systems used by the Israeli army and, of course, those who have supervised or financed their research. Such a presumption would be liable to give rise to criminal complaints in France and to the opening of a preliminary inquiry or a judicial investigation. The presence of students of École Polytechnique or of French researchers at the Technion poses a criminal risk for them.

Cyber Security Research Center – “in collaboration with the national cyber bureau in the prime-minister’s office. ” (pg34)

Course on how to market Israeli arms producers

[3] White, B (13 September 2012 ).Why a boycott of Israeli academics is fully justified. The Guardian. https://www.theguardian.com/science/blog/2012/sep/12/boycott-israeli-academics-justified