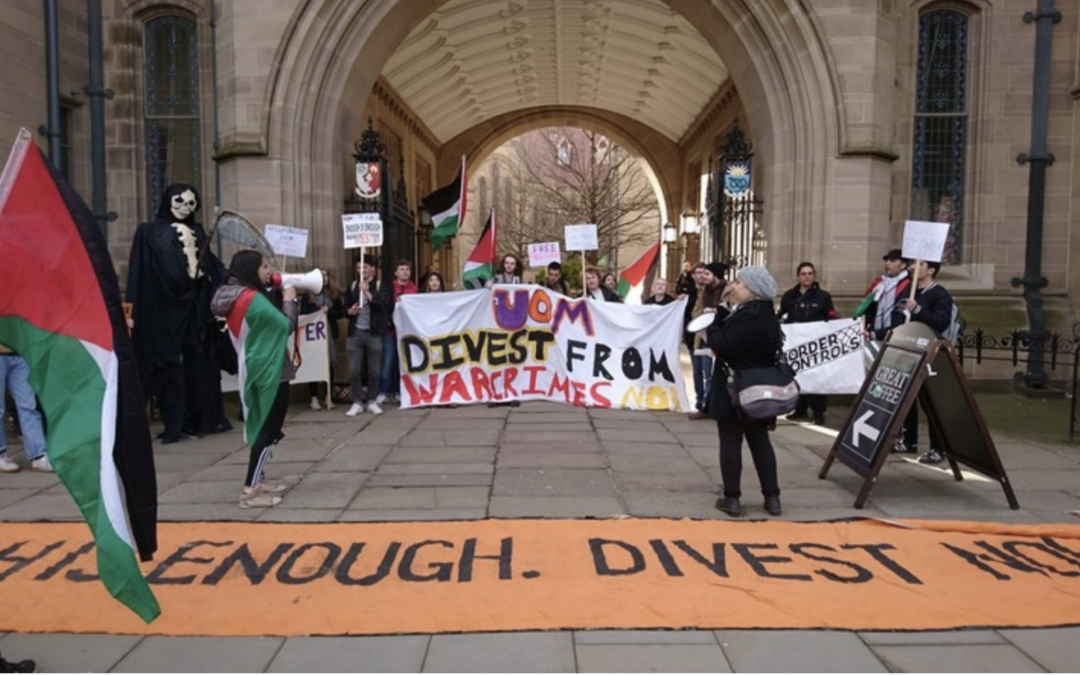 This is BDS Australia’s response to the Melbourne University Student Union Motion passed recently in support of BDS as a non-violent means to pressure Israel to end its violations of Palestinian human rights. (See below for the motion).

We are writing to congratulate you on your recent vote of support for the campaign of Boycott, Divestment and Sanctions on Israel, in favour of Palestinian rights.

The political project to maintain Jewish majority and rule throughout historic Palestine, entails ongoing crimes against humanity and cannot be separated from this.

The call for BDS has grown internationally, and is a crucial, non-violent way to apply pressure to the Israeli government to act in accordance with international law and cease its grave violations of Palestinian human rights. The spread of this movement among universities is proved not only by your own initiative but also the recent publication of an editorial in The Crimson, the student newspaper at Harvard University, indicating support for BDS.

The racist nature of the Israeli state was evident from its inception, according to the AI report: “Since its creation, the Israeli state has enforced massive and cruel land seizures to dispossess and exclude Palestinians from their land and homes”, thus rendering them “a group with perpetual lesser rights”.

In case any doubt remained, Israel in 2018 adopted the Nation State Law – later upheld by the country’s supreme court – which specifies that the country is a state only of its Jewish inhabitants.

We note that critics of your historic decision have invoked the so-called IHRA definition of “anti-Semitism”, one of whose accompanying examples claims that calling the State of Israel “a racist endeavour” should itself be seen as tantamount to racism. This is no more than a cynical attempt at truth-suppression by vested interests, directly analogous to climate change denialism in the face of the overwhelming scientific consensus on anthropogenic global warming.

According to a recent opinion poll commissioned by the Australia-Palestine Advocacy Network, most Australians support both the establishment of an independent Palestinian state, and the ongoing investigation by the International Criminal Court. The former is made impossible by Israel’s blatant ongoing theft of Palestinian land; the latter should rule that the entire program to build Jewish-only settlements, or colonies, in the occupied Palestinian West Bank, is a war crime. The Fourth Geneva Convention baldly states: “An occupying power must not move any part of its population into the territory it occupies”.

The IHRA definition has been adopted by political parties and institutions in shadowy meetings through bullying by the Israel lobby, including here in Australia. It is a plot to thwart public opinion as a factor to be considered in the formulation of government policy.

A minimum expectation for such a policy, to reflect both the established facts about Israel’s oppression of Palestinians, and Australian public opinion, would be to adopt the three key demands of the BDS movement: an end to the occupation of 1967; equal rights for all citizens of Israel to replace the panoply of apartheid laws, and support for the right of return by Palestinians driven out of their homes in the racist campaign of ethnic cleansing at Israel’s establishment in 1948.

In this context, we thank and congratulate you for your initiative, and look forward to working with you to promote peace and justice for all the peoples of Palestine.

In the late 1800s, Political Zionism was born to establish a Jewish home in Historic Palestine, disregarding the Indigenous Palestinians living there. This colonial project has led to the establishment of the state of Israel, the blockade of Gaza and the occupa#on of the West Bank through massacres, forced expulsion and ethnic cleansing of Palestinians. Israel has been deemed as a se8ler colonial apartheid state. It continuously denies the native Palestinians of their right to self-determination, freedom, dignity and equality. Inspired by the South African anti-apartheid movement, the BDS call urges ac#on to pressure Israel to comply with interna#onal law.

With the recent bombing of Gaza, Israel has carried out a police raid at the Al Aqsa Mosque in Jerusalem. Israeli forces have detained 500+ and injured 170+ Palestinians in Jerusalem since the beginning of Ramadan. These Palestinians were simply congrega#ng and praying at the mosque, which is one of the few remaining public spaces for Pales#nians in Jerusalem.

Students in Palestine and around the world have been key participants in the fight against the illegal occupation of Palestine, protesting, organizing, and creating a discussion on respective campuses. Many student unions and associations across Europe, North America, and Australia have formally endorsed BDS or some version of solidarity, it’s long overdue for a clear and firm stance by UMSU on these crimes.
Policy, UMSU stances and actions:

General Stance:
UMSU stands against the Israeli occupation of Palestine and condemns the ongoing ethnic cleansing of Palestinians

UMSU condemns the Australian government’s support for Israel and its ongoing crimes including occupation, settlement, expansion, and ethnic cleansing.

UMSU condemns any and all forms of antisemitism against students of the Jewish faith and stands in solidarity with Jewish students.

UMSU recognises that Israel’s actions are not representative of the Jewish community. Similarly, Israel’s crimes are its responsibility alone and not that of Jewish people worldwide.

UMSU calls on the university to participate in an academic boycott and cut ties with Israeli institutions, researchers, and academics that support the Israeli oppression of Palestinians

UMSU publishes a statement prepared by the UMSU POC department and relevant student groups announcing this policy and its support for Palestnian rights.

To direct the General Secretary to update the UMSU stance booklet to reflect this policy and subsequent vote on it.

To direct the President and POC officer to send a letter of support to the Australian Centre for International Justice affirming UMSU’s support for Palestine on behalf of UMSU.